Our Gala will be streamed on this page.

Each year, our Gala for the Children brings together APCH’s longtime supporters and new friends to celebrate our youth and raise funds to support our critical work.

We invite you to join us for this dynamic event in celebration of the resiliency of our APCH family.

Throughout the evening we’ll enjoy exciting performances by APCH members and special guests, honor incredible APCH supporters making meaningful differences, and most importantly, share in community as we envision the future and ask ourselves:

where do we go from here, together?

Monique Coleman is a renowned actress, producer, and Daytime Emmy Nominated host. She is best known for playing ‘Taylor Mckessie’ in Disney’s “High School Musical” franchise and following that success, placed 4th on Season 3 of “Dancing with the Stars”.

Currently, Monique is starring in several independent films including the short “Graceland”, which premiered at the 2021 Tribeca Film Festival and “The Little Death” which will be showcased at the American Black Film Festival this November. She also had a guest appearance on this season of Netflix’s “Family Reunion” series.

Ms. Coleman has worked tirelessly to balance her work in entertainment along with her passion for advocacy. As the first ever United Nations Youth Champion and a longtime advocate for the UN Foundation’s Girl Up Campaign, Monique has traveled to over 40 countries speaking to world leaders and advocating on behalf of youth and women. Over the past decade she’s had the honor of sharing the stage with Michelle Obama, Megan Markle and many others.

In 2019, Mo garnered a Daytime Emmy nomination in the category “Outstanding Host for Lifestyle, Children’s or Special Class Programs” for her work on the original non-scripted series “Gimme Mo”, which she also executive produced. She is currently developing “Mo’tivated Kids” and looking for a home for her children’s book “Affirmation Alphabet”

She can next be seen as the star of the highly anticipated  Lifetime holiday film: “A Christmas Dance Reunion” alongside her High School Musical co-star Corbin Bleu –  airing December 3

CORBIN BLEU comes from an extensive background in film, television and theatre. Bleu is probably best known for playing Chad Danforth in Disney’s Emmy Award-winning High School Musical franchise. Corbin was recently seen on Broadway as Lucentio/Bill Calhoun in the Tony award nominated, 2019 revival of Kiss Me Kate for the Roundabout Theater Co at the legendary Studio 54. Corbin also starred as Ted Hanover in the Tony-nominated production of Irving Berlin’s Holiday Inn, winning Bleu the Chita Rivera Award for Outstanding Male Dancer in a Broadway Show. Additional Broadway credits include: Godspell (Jesus) and In the Heights (Usnavi). Other stage highlights include Hairspray (Seaweed) and Mamma Mia! (Sky), both at The Hollywood Bowl. In 2018, Corbin starred as Don Lockwood, the role made famous by Gene Kelly in The Muny’s centennial season production of Singin’ in the Rain as well as starred in Anything Goes at the legendary Arena Stage in Washington, DC. Also in 2018, Corbin was honored as Entertainer of the Year award from the Tremaine National Gala honoring his work in the dance industry.

Bleu’s film credits include: To Write Love on Her Arms (starring opposite Kat Dennings), Nurse 3-D and The Monkey’s Paw, to name a few. Corbin’s television credits include: Supergirl, Franklin & Bash, Blue Bloods, Psych, Castle, The Fosters, Chicago Med, and most recently Dynasty. In 2013, Corbin partnered with Karina Smirnoff on the multi-Emmy Award-winning ABC hit Dancing with the Stars, placing a close second.

A Brooklyn native, Corbin currently resides in Los Angeles with his wife, Sasha. 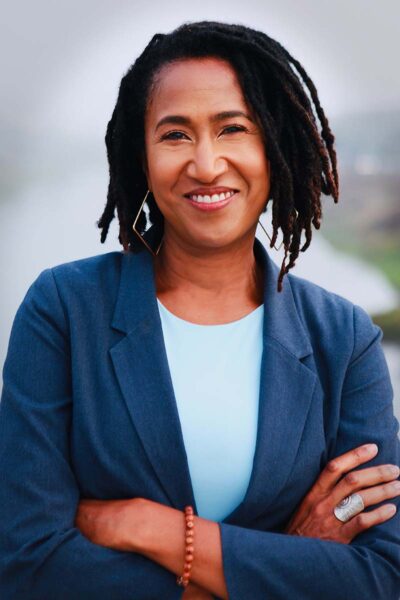 As executive vice president of creative for Sony Pictures Animation, Karen Toliver is responsible for the creative supervision of a number of upcoming features for the studio, from inception to script, and through production.

Toliver is also the producer of the Academy Award®-winning animated short film, “Hair Love,” directed by Matthew A. Cherry.

Toliver has extensive experience in production and development, including 10 years at Fox Animation where she supervised the production of the “Rio” film franchise and the latest three films in the “Ice Age” series, which grossed a combined $3.1 billion at the worldwide box office. Toliver also spearheaded the original feature “Ferdinand,” which was nominated for an Academy Award® for Best Animated Feature.

Toliver served as a production executive at Walt Disney Animation Studios on films such as “Brother Bear,” “Chicken Little,” and “Meet the Robinsons.” 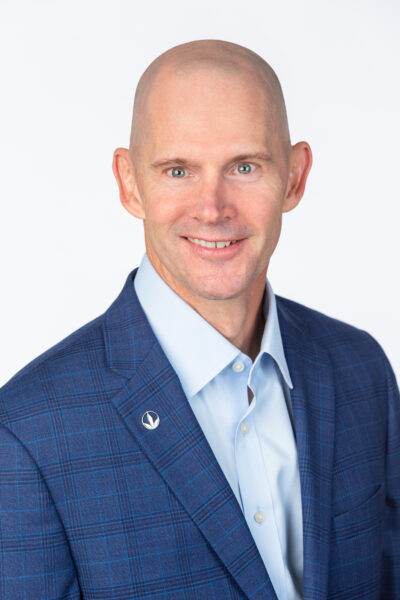 Prior to this position, he served as executive vice president of worldwide operations and oversaw all aspects of developing products and bringing them to market, including supply chain, R&D, scientific affairs, quality, manufacturing, distribution and logistics. Mr. Schissel has been with Herbalife Nutrition since 2007 where he started as vice president of enterprise applications, holding responsibility for all IT matters relating to the Company’s business applications around the world. From there he served as chief information officer for the Company and had responsibility for worldwide information services, strategy and operations. In this role, his focus was on ensuring that Herbalife Nutrition built, maintained and facilitated a technology infrastructure that supports the Company and its independent members globally. Mr. Schissel has more than 20 years of financial management and IT leadership experience with industry leading companies such as Price Waterhouse Coopers, Value Health Inc., Oracle Corp. and EMC Corp. Prior to joining Herbalife Nutrition, he served as director of information technology at EMC Corp. with responsibility for global enterprise applications. Schissel is a graduate of Iowa State University where he earned a Bachelor of Business Administration degree with a major in Accounting.

In accordance with federal civil rights law and U.S. Department of Agriculture (USDA) civil rights regulations and policies, this institution is prohibited from discriminating on the basis of race, color, national origin, sex (including gender identity and sexual orientation), disability, age, or reprisal or retaliation for prior civil rights activity.